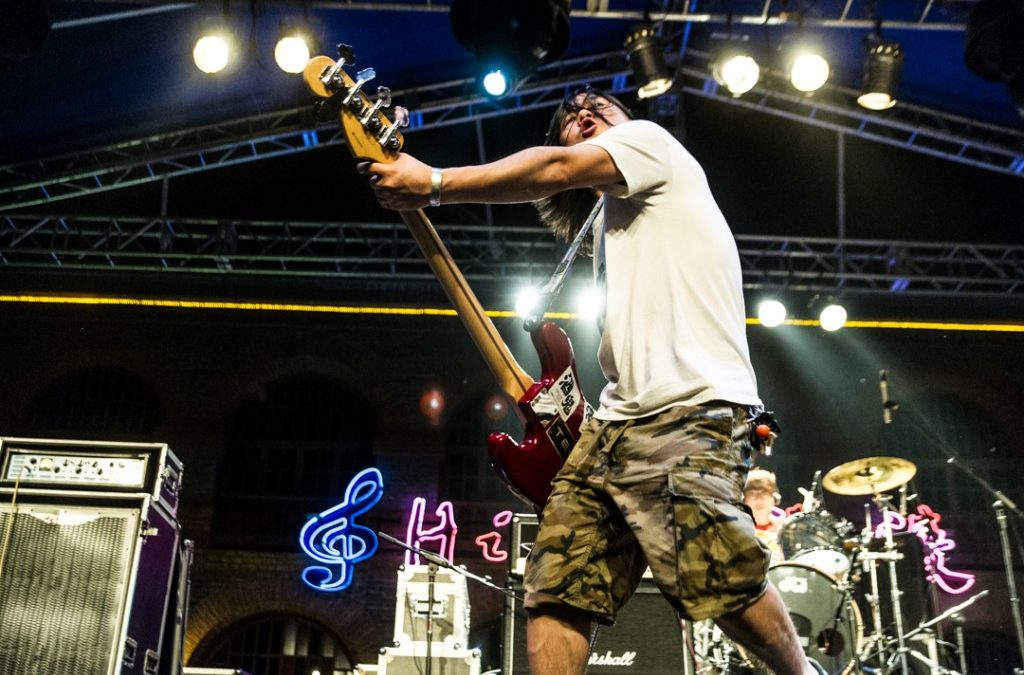 The first band up on stage this weekend was TimeSoFast乐队. They were a young punk rock band, but in a Chinese style. 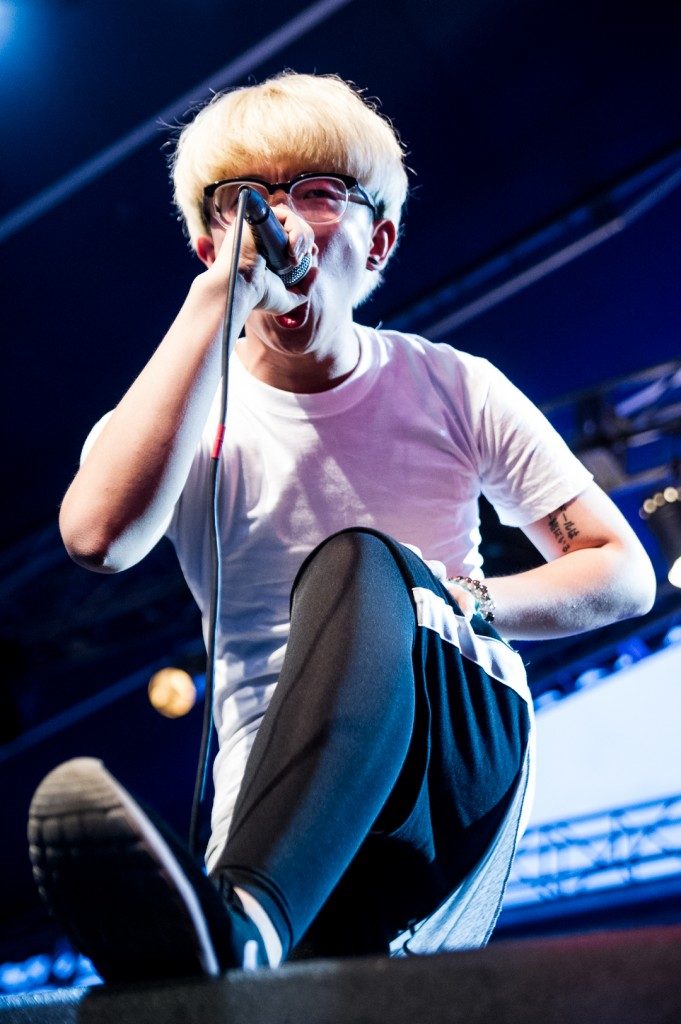 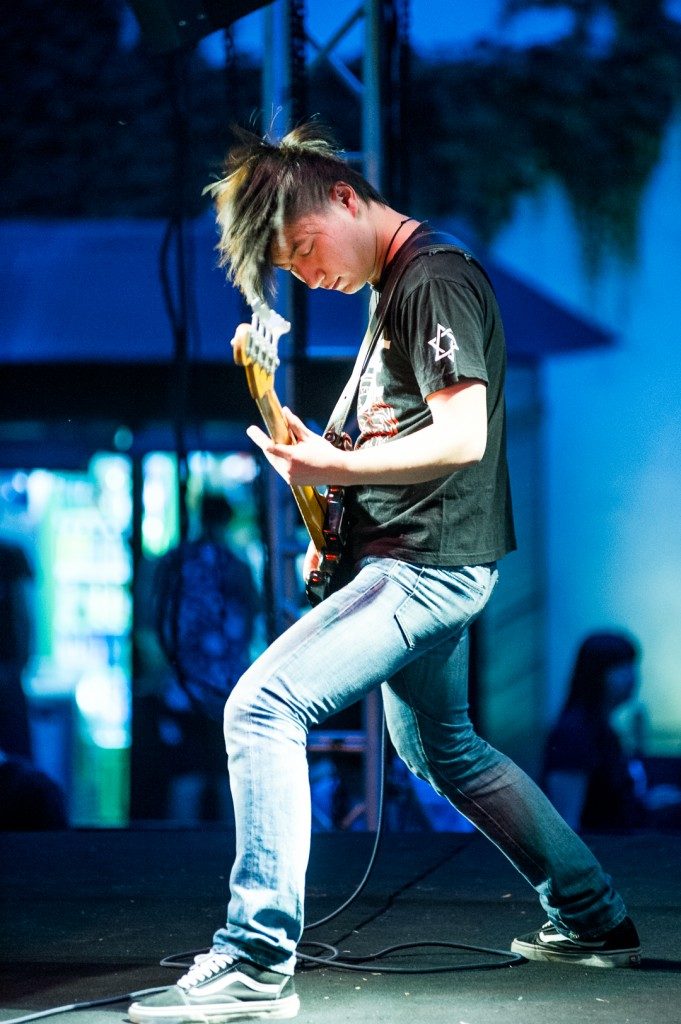 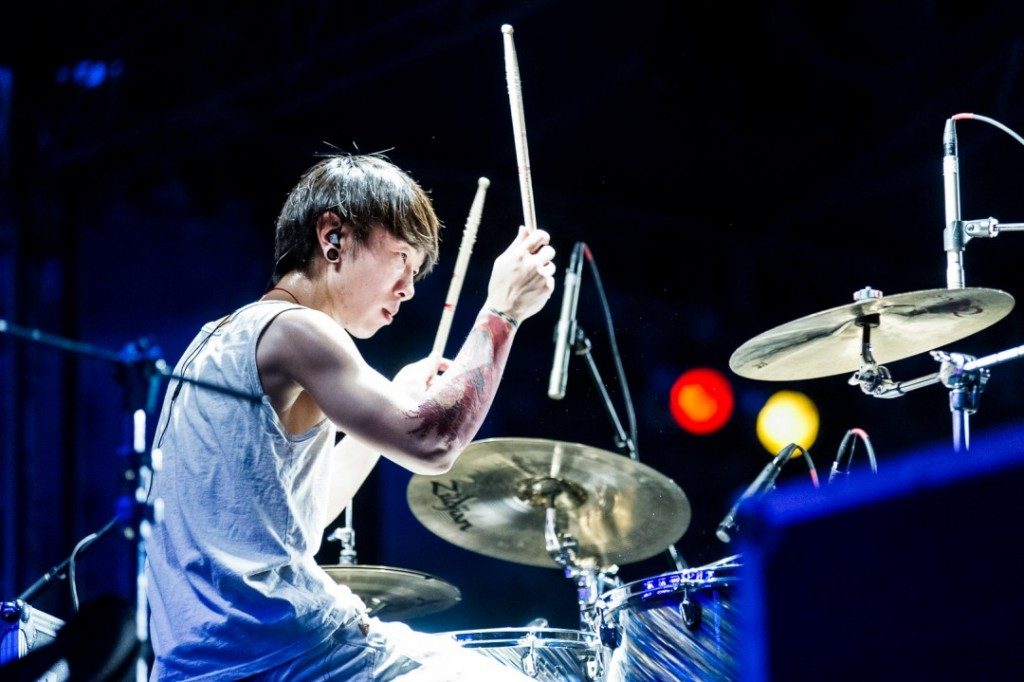 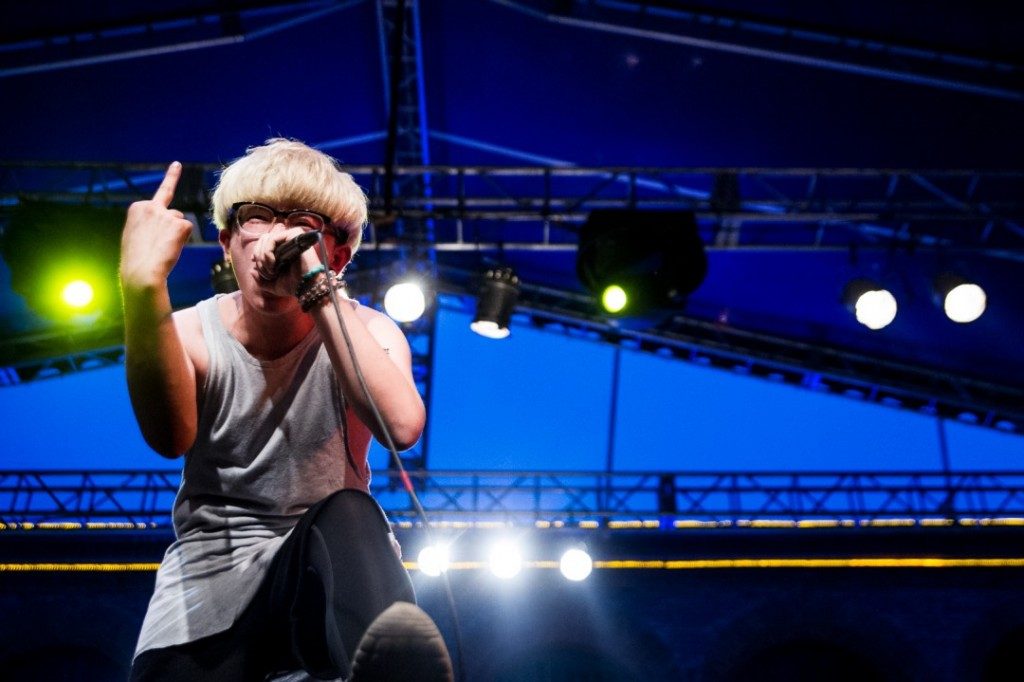 I enjoyed their set, but the set was very short. Only about 5 songs, so I guess the set lasted about 20 minutes. I was shocked when they ended the set. Most bands play eight songs per set, so this really felt like half a show.

Next up was another new band from Beijing called 恶瞳乐队. I guess they could be describe as a metal/rap band, similar to Linken Park. 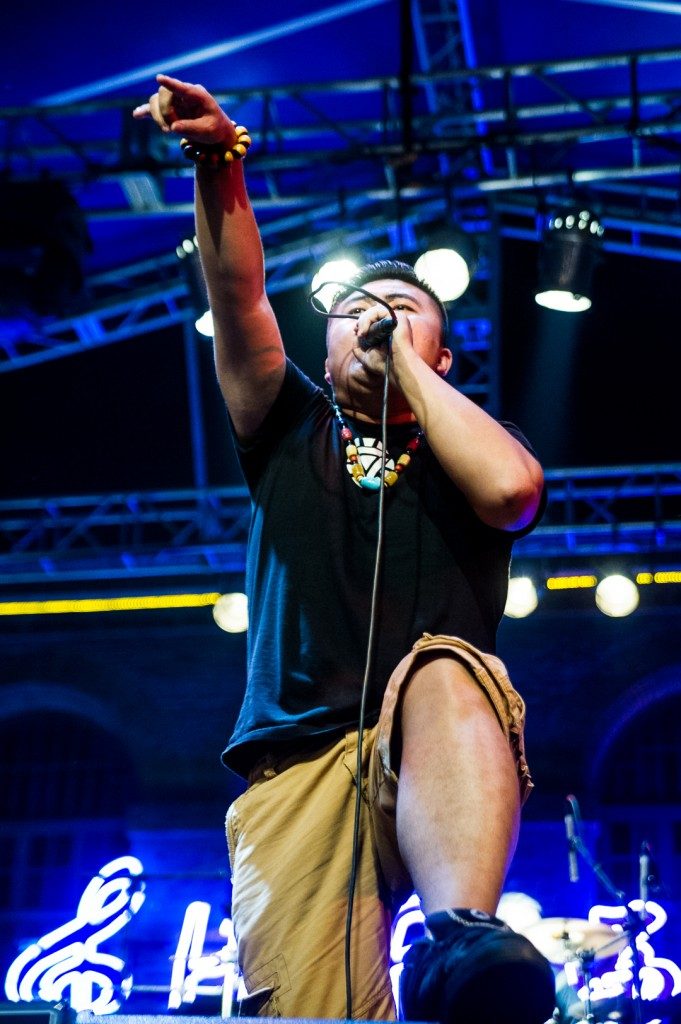 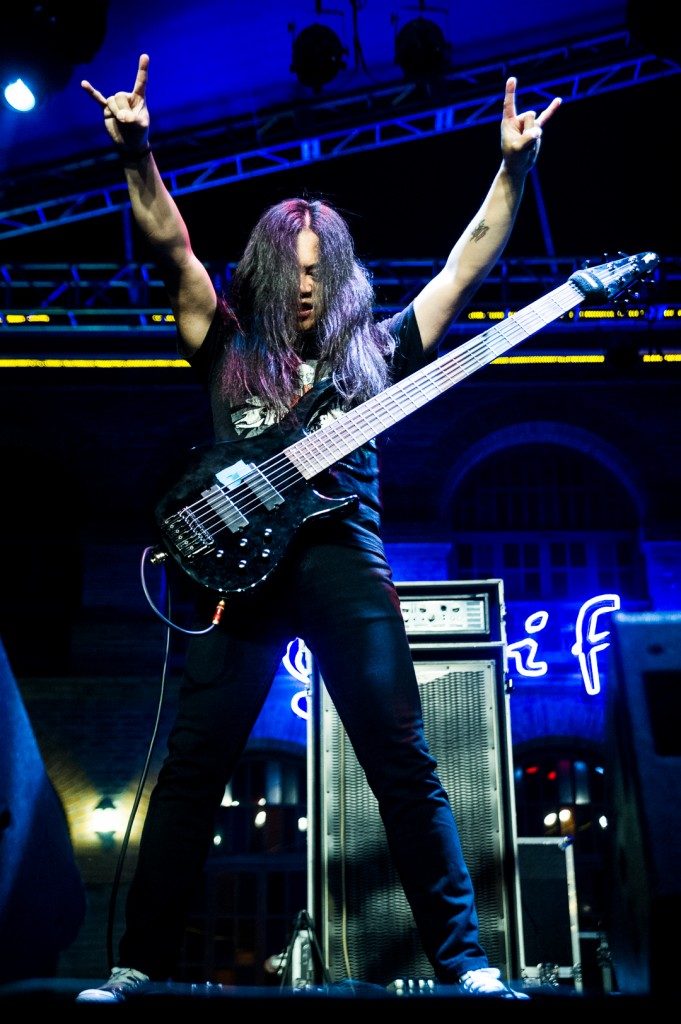 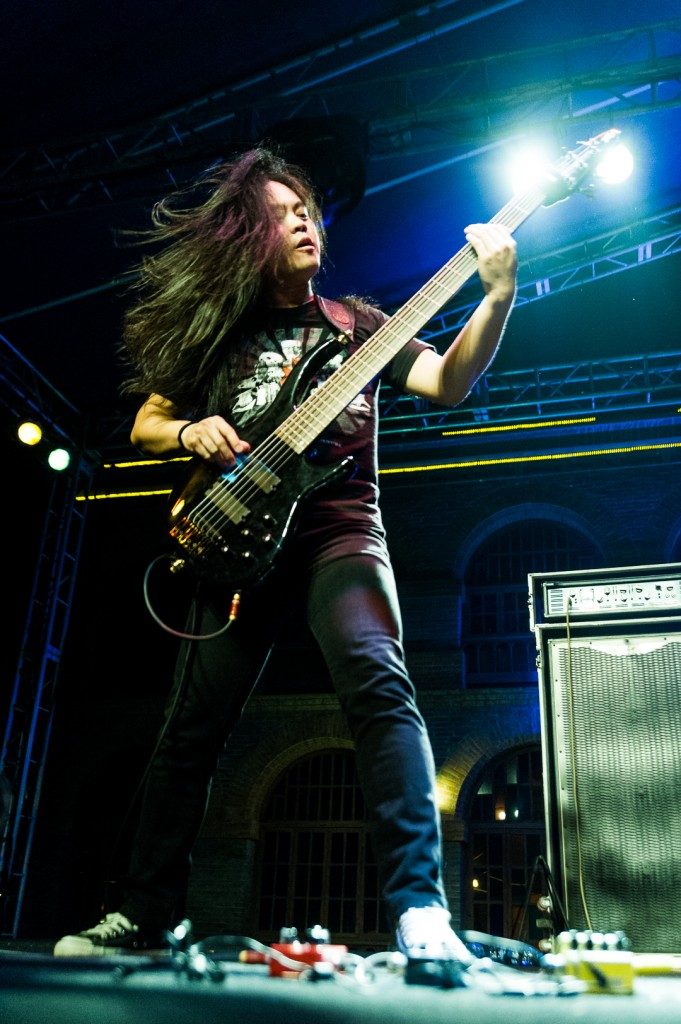 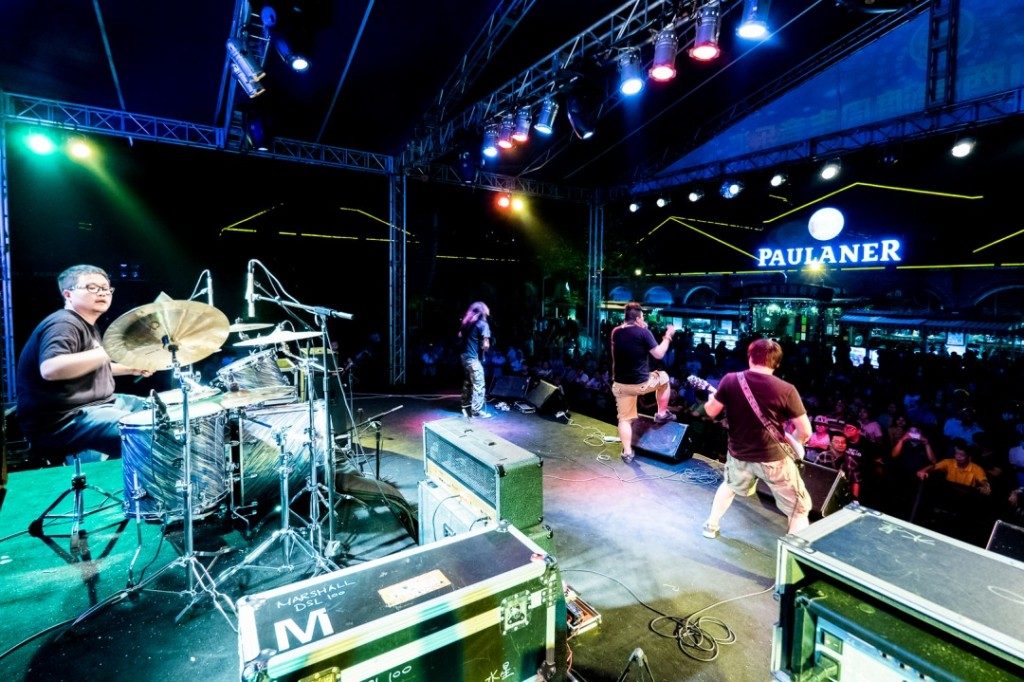 They were ok, nothing special. I have shoot many bands that are exactly the same as this band in China. Originality is a big problem in the Chinese music scene right now. Shooting this band was a little bit of a challenge though as the lead singer asked for the front lighting to be turned down, leaving the stage very dark. I ended up shooting at ISO 8000 to 10000 for most of the set. Not a huge problem for me though, but the other photographers really struggled in the poor lighting. Most Chinese photographers seldom shoot high at a ISO and usually rely on their flashes. 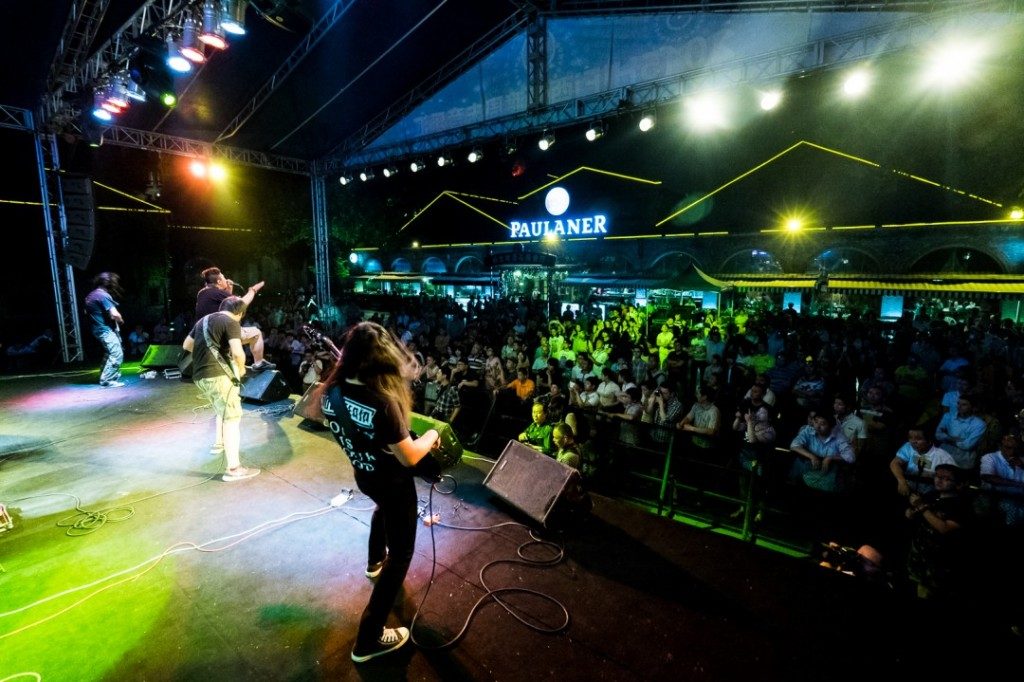 Once again, the band played a 5 song set, lasting only about 20 minutes. This meant that the two hour show only lasted about one hour, leaving many fans clearly unhappy. I don’t really blame the bands though, this is clearly the booking agent fault. They should have asked the bands how long their sets were going to be and booked a third band for that night. I hope that next weeks shows will be better though. If they keep booking short shows, the fans are not going to come and if the fans don’t come, then I will not get paid to shoot the event. So I love big crowds. Big numbers means that the fans are happy, there is lots of money for the organizers and money for me. Everybody wins.